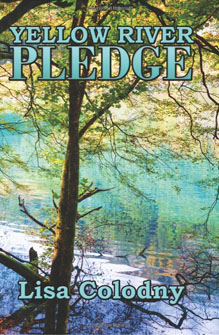 Dr. Jordan Chamberlain is a successful, beautiful, young medical examiner with the perfect husband, the perfect life, and perfect friends. Somewhat of a whiz, kid, she’s younger than most Medical Examiners and enjoys a bit of glamour whenever her forensic data is sent to trial. To an outside observer, Jordan has it all, until that is, her husband, Jason, announces without warning that he doesn’t want to be married anymore and Jordan’s perfect life crashes and burns around her.

Jordan buries herself even deeper in her work, temporarily embarking on a career consulting with the FBI’s Violent Crimes Division under the careful eye of college friends turned colleagues, who support her during her as she tries to rebuild her life.

Her future, however, is about to be compromised once more when she becomes the target of the serial killer she’s been pursuing.

“They looked like glass trees, delicate and ready to shatter into thousands of tiny pieces without warning. She knew how they felt, strong, yet on the brink of breaking at any moment.”

Right from the get go I felt a strength of character which belonged to the protagonist Jordan. As the events unfolded within the story, like a slow burn, I felt as though I was watching a television series. From beginning to end, I was intrigued to know what was going to happen to the characters the author described with such vivacity. Her characterizations made them feel like friends I would have loved to have in my life.

I did feel as though there were some chaotic moments between scene breaks at the beginning of the novel, which appeared to be smoothed out as the story progressed. I do want to chalk them up to the formatting of the version I had, as they seemed to be corrected as I went along and no longer felt like a hindrance to my reading process.

I always love when a piece of art is central to the story, and within this novel, the art lends itself to the name of the book: Yellow River Pledge. The main character, Jordan, has a painting of The Yellow River in China given to her by a professor during her university days. The Yellow River in China is known for its dangerous shores, and if a body fell into these treacherous waters, they were thought to be lost forever. But there was a man,

‘“Chen Wei brought closure to so many families in ancient China by navigating the dangerous and deadly Yellow River,” Janis recited from memory. “On his homemade boat, he collected the bodies claimed by the river and returned them to the families for burial so they could have closure.”’

It was on this painting that the main characters (as medical examiners) made a pledge to return the bodies of those in their care to their families. It was such a great concept and made my love for finding out the origins of novel titles even more fulfilled when I read it.

Before I bring this review to a close, I would like to mention that there was some sexual portions to the novel which brought quite a blush to my cheeks. If that is something that you dear readers are not huge fans of, this book might not be for you. Also there is some sexual violence integral to the storyline and character development, which I would also like to let you literary lovelies know about.

I definitely enjoyed reading this novel and liked the medical examiner’s as main characters. It reminded me a lot of Tess Gerritsen’s novels which feature the duo Rizzoli and Isles with a lot more grit and realism.

You can find out more about Lisa Colodny and her other works at her website.

***Copy received from author in exchange for an honest review***